This is a transcript of my three minute presentation at Science Oxford’s closing down event  ‘Science Oxford versus the Rest of the World’. I drew the images with the iPad app ‘Paper by Fifty Three‘.

Hello. I am a plant cell biologist. I tried to come up with a really exciting and explosive plant science demo but it’s really hard because plants mainly sit around, grow and photosynthesise. Maybe you could blow one up, but they said ‘no pyrotechnics’. So I thought I’d instead tell you about how I became a plant biologist, in pictures I drew on my iPad. 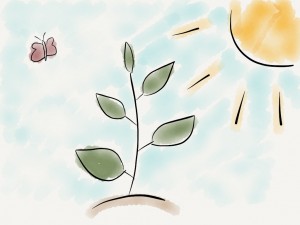 I never set out to become a plant biologist. In fact, when I started uni, I wanted to do astrobiology- go into space and  study alien life forms! 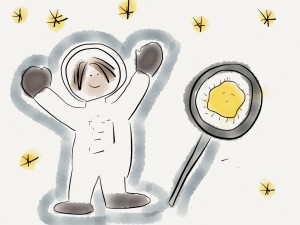 My boyfriend already saw me disappearing in a rocket on a one-way trip to Mars. But then I thought, chances are high I’d be mainly looking at rocks and not at  living things. 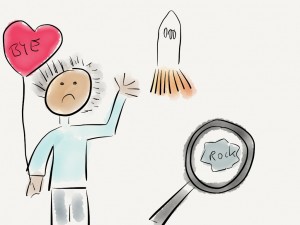 I then worked with mice,  studying the molecular mechanisms of depression and anxiety. It was a very interesting and important topic. But I quickly realised that I did not want to work with mice. I mean, they were awful – they kept stealing my cheese! 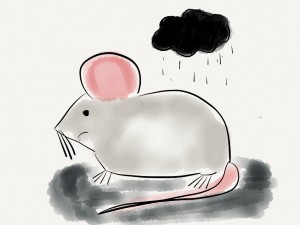 So I turned to maize. Maize is an immensely important crop because it feeds over a billion people and animals. 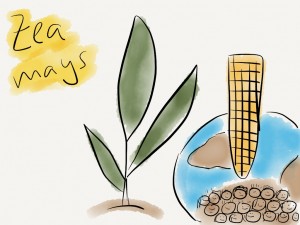 Maize also feeds insects, and that is a big problem for farmers – and of course for the seedlings! So young maize plants have developed a quite sophisticated  defence mechanism. 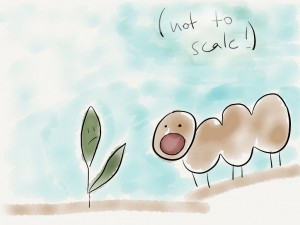 A leaf is made of many cells and inside are organelles, like the nucleus (yes I thought it should have a monocle and a moustache), chloroplasts and the vacuole. 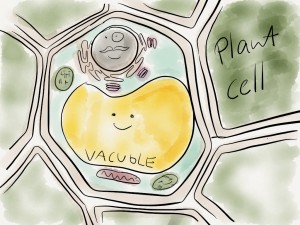 Seedlings store a toxin in the vacuole, and to make it non-toxic while stored, it has sugars attached. In the chloroplasts the cell stores enzymes,  molecular scissors, which can remove the sugars, but are well separated. 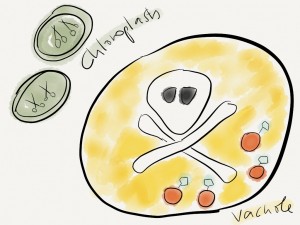 When an insect bites into a leaf, the cell structure gets damaged. 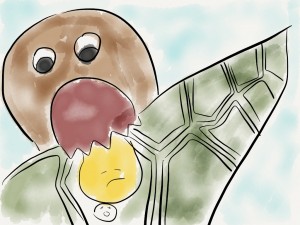 The contents of the vacuole and chloroplasts leak out and come into contact. The enzymes chop off the sugars and activate the toxins – and they are pretty angry. 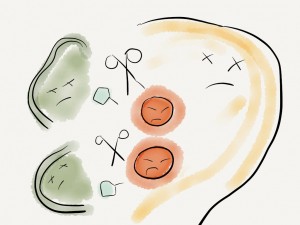 This doesn’t end well for the insect. I think of this as the plant giving the insect the middle finger. (Because there were younger children in the room, I removed this). 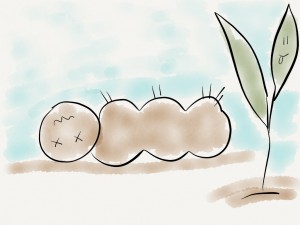 I thought that this was pretty amazing. How do things know where they need to go in the plant cell, and how do they get there? I want to know more! And this is how I ended up as a plant cell biologist.

1 comment for “How I became a plant cell biologist”