A couple of weeks ago, Rothamsted researchers released an online appealÂ in which they were pleading to a group of GM protesters to not destroy their research on genetically modified wheat on 27th May (this Sunday).

â€śOn 27th May 2012 protesters are planning to destroy our Chemical Ecology groupâ€™s scientific research because it uses genetically modified wheat. Growing wheat has an environmental toll of extensive insecticide use to control aphid pests. The research, which is non-commercial, is investigating how to reduce that by getting the plants to repel aphids with a natural pheromone. We are appealing for protesters to call off the destruction and discuss the work.â€ť
John Pickett, Scientific Leader of Chemical Ecology, Rothamsted Research

The importance of language

Within a short time I had received the appeal several times from different colleagues by email and on Twitter, asking people for support using the Twitter hashtag #defendscience. Interestingly I realise now that I didn’t even think any further about that until I saw theÂ outcryÂ of a bunch of science communicators I follow on Twitter. Their arguments were:

“Science” does not equal “GM”.

People can be anti-GM and still be pro-science and it is important to differentiate and not to generalise. It only took a short while until the hashtag was changed from #defendscience to the more specific and neutral #dontdestroyresearch. @AliceBell even suggested to use #talkaboutgm.Â In this context I would like to mention the deficit model, which is a communication model I only came across after I started to develop a personal interest in science communication. The deficit model assumes a lack of knowledge on one side and involves “one-way information transfer fromÂ scientistsÂ to non-scientists” (read more here). As such it can be problematic as scientists might appear patronising. Therefore, #talkaboutGM is a better hashtag than for example #explainGM.Â

However: nobody tells us about this model! In my opinion this is the fundamental principle which academic lectures and conference presentations are based on and which we are trained to deliver. So, without any formal training in science communication during our degree or PhD, how should we know how to communicate science without alienating people unintentionally? 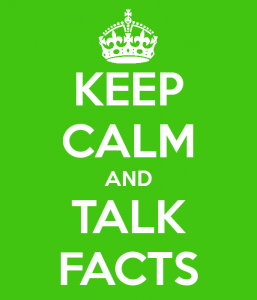 Good public engagement aims to avoid battle between hardened frontiers and to achieve debate and dialogue about the issues. #defendscience has a different sound to it compared to #dontdestroyresearch or #talkaboutgm. As it is a highly emotional topic, emotions will run high and such a debate has the potential to easily drift off into “flame wars”. But I believe that it is important to keep calm and talk facts – listen to what the other side says and look for the evidence supporting or arguing against any claims.

Notably, Sense about Science have urged supporters of the trial to not travel to the site on Sunday:

“In the thousands of signatories on the petition against destroying our research, there are many diverse voices, including farmers, environmentalists, people local to Rothamsted, researchers in other fields, writers, musicians and all walks of life. We know many of you want to do something to help, and may feel angry and powerless about this latest vandalism. However, in discussions with the authorities, we cannot have our supporters counter-protesting on the day as it would provoke the kind of conflict that we have been trying to avoid. The only way forward is through communication and verbal engagement.”

Why should we care? Surely the content speaks for itself and is more important than the packaging

I was quite shocked because I realised that I hadn’t even thought about the hashtag itself but was more concerned about the issue that was attached to it. In my opinion this shows how insufficient this part of our scientific training is – communicating science well and especially communicating science in public spaces and online. In our latest public engagement project “Science Writes to Life” it became very apparent that science and language areÂ inseparable. I feel that it is important to use appropriate language to get our science across: objective, understandable and respectful (“NeverÂ underestimateÂ your audience’sÂ intelligence, but DOÂ underestimateÂ theirÂ vocabulary.” – @Dr_Bik) and to avoid any potential areas of conflict beyond the pure content of our message. Yet I have no idea if things I say or write with my best intention are perceived as patronising by others and thus disengage them – which frankly is worrying me immensely.

During the last years I have attended a number of one-day workshops for researchers which were mainly introductions to science communication – very helpful but for obvious reasons not going into too much detail. Attending a media training workshop with proper radio or camera training so far seemed over the top for what I am usually doing and I think other researchers feel the same. I am not sure to what extend formal training formats for “how to communicate science in Â informal public spaces” are being implemented at universities. If they don’t exist I think it would be good to establish them and it is something I would like to follow up in our department/faculty. Colleagues have told me that they Â worry about how people might perceive them on social media networks, about appearing unprofessional or having their message misinterpreted. It’s a barrier into social media and a realistic worry, as online communication lacks the information of body language and as such easily leads to misunderstandings.

So what to do?

Personally I think that it’s better to jump in and try to learn from mistakes (either your own or that of others). I have been thinking a lot about this and the other yet to be written blog post since the whole GM debate started to re-emerge. I am afraid to write something wrong, something stupid or something people might get hung up on because I could have phrased it better. But I believe that the topic is too important to just sit on the sidelines and watch. Therefore I keep my fingers crossed and hope that what I wrote is neutral, objective and makes sense!