I will never forget the first time I met David Logan at the Botanical Microscopy Meeting in Salzburg in 2007. It was the first international conference that I attended as PhD student, and I  had to give a talk about my research. The lecture theatre was much larger than we all had thought and there was a microphone on a stand. David was talking just after me. He went to the mic, tapped it and said: “I feel like a rock star. – HELLO SALZBURG!” The reason that this made such an impression on me was because it was so unexpected. It made me laugh and instantly admire him for his confidence and humour. It also gave me a boost since I just had finished my talk with an animated gif in which I had photoshopped all of our group members’ faces on the van Trapp family from “The Sound of Music”, with our heads bopping from side to side – David’s opening reassured me that  it was possible to be a “serious scientist” and not take the whole thing too seriously at the same time.

David is an Associate Professsor at the Department of Biology, University of – wait for it, while I copy and paste it from Google – Saskatchewan in Canada. His personal website Plantmitochondria.net contains tons of resources and mitochondria movies and is well worth a visit! 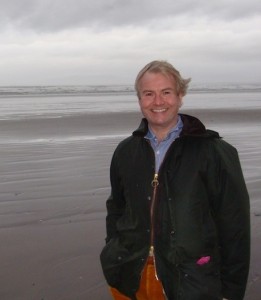 1) What is your research about?

2) What is the best and the worst thing about your work?

The best thing is still being able to perform experiments. The worst is that they sometimes still fail.

3) How did you become a plant scientist?

Chemistry and biology were my favourite subjects at school, biology in particular. So, when I applied to university, I selected biochemistry. However, I was enthused by the whole-organism biology taught at the University of Dundee at that time and so chose to study botany and zoology. With a modular final year I chose more zoology units than plant science, but undertook research projects in both: the effects of tributyltin pollution on dog whelks for zoology, and seed dormancy for botany. However, the very fact that I had chosen to study both botany and zoology meant I had trouble deciding which to follow as a postgraduate.

Lectures at Dundee on insect pest management were some of the most interesting and so I applied to Birmingham University for a place on a pest management M.Sc. course. However, near the end of the academic year I changed my mind and up until the oral examinations for my undergraduate degree I was planning to enroll in a computer-programming course. This was a bit of a lazy choice since it was neither plant nor animal (and was in Dundee) but can be part explained by the fact that I had now decided I wanted to go straight to study towards a Ph.D. Unfortunately, the time lost through my indecision meant there were few PhD opportunities left that year.

The new plan was therefore to learn computing programming for a year and then choose a PhD subject. Everything changed once more when I was least expecting it. As I mentioned, I had performed one of my final year research projects on seed dormancy. Instead of discussing this the external examiner for the botany side of my degree, Professor George Stewart, then at University College London, spoke to me about the plant parasite Striga hermonthica and encouraged me to work with him on Striga seed germination biology. If you don’t know about Striga, I encourage you to do some online searching.

I find it difficult not to think about work, although I am quite happy about that! I do try hard on holidays in France to switch off completely, work on our house, cycle and play tennis with Lydia, Peter and Florence.

(i)             Follow your interests. I became a plant cell biologist but was never taught cell biology. I clone DNA but never took molecular biology. I’ve mapped genes and taught genetics, but when geneticists were drawing Punnett squares I was drawing quadrats in a forest.

This post is part of the series “Faces of Plant Cell Biology”. In this series I am going to post answers of plant cell biologists at all stages of their career to a set of five questions. For obvious reasons I expect this to at first feature researchers which I know quite well, simply because I hope that they will be more willing to complete the questionnaire! However, by no means this should indicate an order of importance and I am very keen to feature as many researchers as possible. If you are a plant cell biologist and would like to to see your answers here, please email me at anne@plantcellbiology.com

← Hello. I am a regular person!
Cell Respiration (woo hoo) →