Rumour has it that there was a hint of snow in Oxford yesterday. I didn’t see it because I was trapping in a laser lab without windows at the Central Laser Facility (no, that’s not a grammatical error, it’s a geeky word play – I was trapping Golgi bodies with optical tweezers).

Anyway, since winter has now very officially arrived, I have made a little something for all you plant organelle fans out there: a wintery wallpaper which you can download and which will hopefully make you smile every time you turn on your computer. It’s the vacuole, a mitochondrion and a Golgi body having a snowball fight. Wonder who would win! I would say the Golgi body, but I am a little bit biased. :) 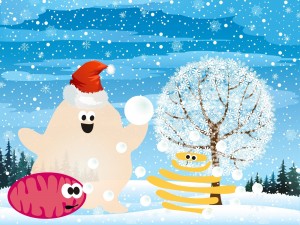 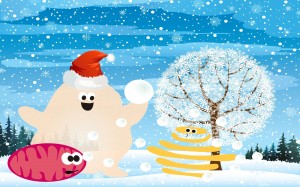